Bitcoin Price Drop: Bitcoin on Friday, January 7, continued to extend further losses and dropped to its lowest since September at one point of time in the day. The world’s largest crypto coin was trading at $41,475 at 12:30 pm IST, according to reports, which was more than 3 per cent lower than its value 24 hours ago. Bitcoin has been witnessing corrections after it touched its record high in November. Since then, the cryptocurrency has shed more than $26,000, triggered by a flash bloodbath in December that happened mainly due to corrections among other factors. The dropping prices of the crypto coins come amid a a volatile period for financial markets. The tightening of monetary policies by banks has adversely affected the cryptocurrency market too.

One unit of Bitcoin, the world’s largest cryptocurrency by market price, sharply fell to $42,256.3. This was down by 1.67 per cent over the last 24 hours and 12.82 per cent over the last seven days, according to global crypto tracking website CoinMarketCap. “Bitcoin’s dominance is currently 39.91 per cent, an increase of 0.11 per cent over the day,” mentioned the platform in a note on its website. The market cap of the digital token decreased to $797,805,008,333 on the day.

“Corrections across the board — in both the traditional and crypto markets — as the Fed floated the idea of an accelerated balance sheet runoff. Coupled with impending tapering and rate hikes, the overall macroeconomic outlook does not appear too optimistic for markets in general. Given that major asset classes have also been trading at lofty valuations far detached from fundamentals, we will likely see a continued selloff on growth, with rotation into value and havens,” said the CoinDCX Research Team in a note. 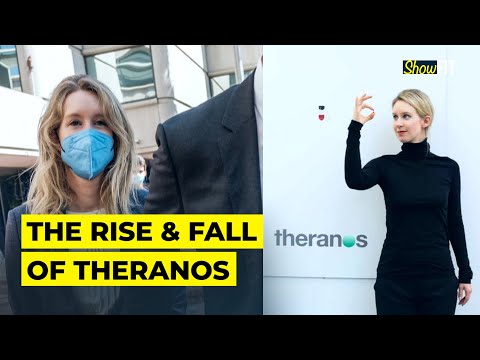 “While bitcoin has typically been touted by many as a store of value it’s growth potential is still the predominant characteristic currently being recognized. Till that matures, it is not uncommon to see bitcoin continuing to trade like a risk-asset, vulnerable to volatile price swings,” it added.

Bitcoin is not the only cryptocurrency that went through a bloodbath on Friday. Ether prices too were down by quite a margin on the day. One coin of Ether or Ethereum was priced at $3,247.61 at the time of writing this article, data showed. This was down by 4.67 per cent over the last 24 hours and by 14.69 per cent over the last seven days.

“ETH (Ethereum) has fared better than BTC so far this year, both in terms of price thresholds, but also inflow that the asset has been witnessing. Having said that, given that BTC is the king of the crypto space, and it has been under performing for a while now, it would be safe to assume that the next rally would most likely have to be a BTC led one,” said the ZebPay Trade Desk.

Several other major crypto coins like like Binance, Terra, Polkadot and Solana also fell over the day. Memecoins Shiba Inu and Dogecoin shed 0.46 per cent and 0.34 per cent respectively in the past 24 hours.

“In the first half of this week, there seems to be a lot more direct purchasing of altcoins, which had some interesting effects. BTC (Bitcoin) hasn’t been able to get the support it usually sees at the top of the month, and correlations broke down a bit, which is why we have seen the asset continue to slide downwards since the start of the year. At the meeting on Wednesday, the Fed seemed more eager than in the past to shrink its balance sheet and to raise rates. Almost all of the officials revised their inflation forecasts higher. Crypto markets have reacted to this adversely, down by 4 per cent over the past 24 hours,” said the ZebPay Trade Desk.